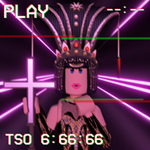 What is one word beyond "ludicrous" and "cringey"?

The Sister's Order, not to be confused with The Sister's Covenant, was the successor group of the The Sister's Covenant. It was made by a user named Valindra, who is Alovia's pass-guessed alt. Just like the latter, its purpose was to fight against sexism and homophobia, but has a "hospice care." It was shut down on June 26, 2019 for unknown reasons, but they later returned as Divine Sister.

NOTE: If you threaten to raid the successor group, you will be warned immediately. However, if you actually raid it, you will be temporarily blocked instead. Also, do not add more pages related to this group and its predecessor; consider the topic dead.

9 months ago
Score 1 You

6 months ago
Score 0
the group is just full of edgelords and fangirls who are just jealous of the roblox community's efforts into deleting this toxic group.
Permalink
Retrieved from "https://garbagerobloxgames.miraheze.org/w/index.php?title=The_Sister%27s_Order&oldid=273"
Category:
Cookies help us deliver our services. By using our services, you agree to our use of cookies.